The brain does quantum computing

Irish scientists believe they have made the ultimate demonstration that the human brain uses quantum phenomena to function.

It has long been suspected that, in addition to classical calculations, in which neurons interact through synapses using bioelectrical and ionic currents, the brain also uses quantum phenomena at the level of particles and quasiparticles.

There is even a Quantum Brain Project that is already trying to prove that we are biological quantum computers, as well as attempts to reproduce this by using atoms to perform calculations without software.

However, as we have only just begun to build the basic units of quantum computers, the qubits, it is very difficult to demonstrate that any kind of quantum computing actually takes place in a living brain.

For this reason, Christian Kerskens and David Prez of Trinity College Dublin looked to recent proposals to test quantum gravity, the most promising way to unify relativity with quantum mechanics.

“We adapted an idea, developed for experiments to prove the existence of quantum gravity, where you take known quantum systems, which interact with an unknown system. If the known systems are entangled, then the unknown must also be a quantum system. That’s right. it bypasses the difficulty of finding measuring devices for something we know nothing about,” Kerskens said. 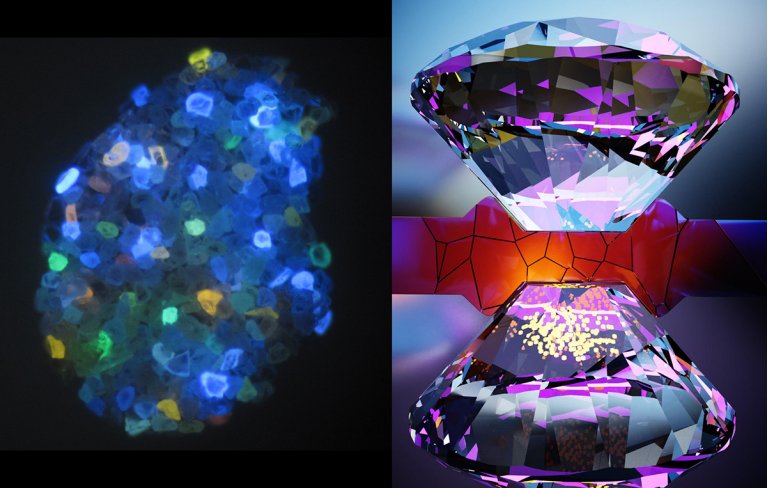 The latest experiment project to test quantum gravity involves the use of natural sensors embedded in diamond, known as nitrogen gaps, which are also used as qubits for quantum computers.

A vacancy occurs when a carbon atom in a diamond is replaced by a nitrogen atom, which requires an extra electron. It is this electron that works as a quantum sensor by being in a superposition of spin-up and spin-down – the same process as the well-known Schrodinger’s cat.

And this can be used to detect waves, from single photons to gravitational waves, ultimately showing the existence of gravitons, the hypothetical “particles” of gravity.

The idea of ​​the two physicists was to use a similar mechanism to detect quantum phenomena occurring in the brain. 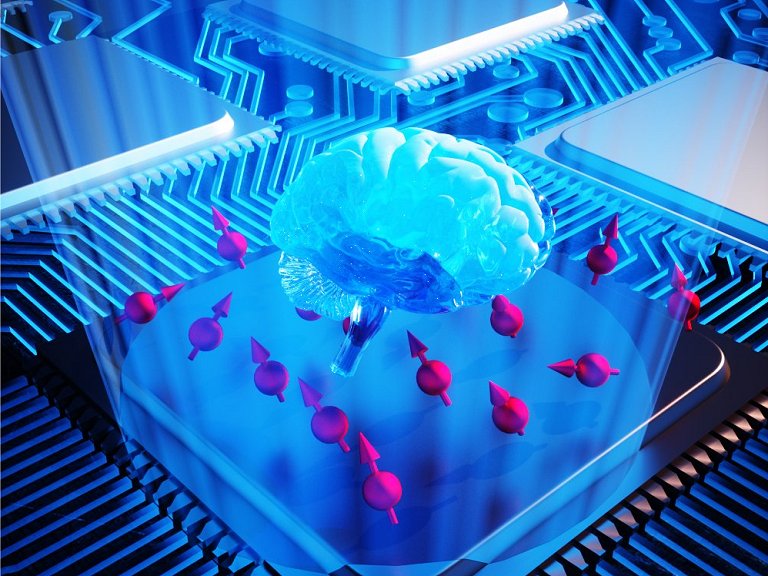 Instead of using the extra electron in the diamond as a sensor, the pair turned to tools already used to study the brain.

“For our experiments, we used the proton spins of ‘brain water’ as a known system. ‘Brain water’ naturally accumulates as a liquid in our brains and the proton spins [ncleos de hidrognio] can be measured using magnetic resonance imaging. Then, using a specific MRI design to look for entangled spins, we detected MRI signals that resemble heartbeat-evoked potentials, a form of the EEG signal. [eletroencefalografia]”, explains the researcher.

Electrophysiological potentials, such as those evoked by heartbeats, are usually undetectable by magnetic resonance imaging, which is why the two physicists believe they were only able to observe them because the spins of nuclear protons in the brain were entangled.

“If entanglement is the only possible explanation here, it would mean that brain processes must have interacted with nuclear spins, mediating the entanglement between nuclear spins. As a result, we can conclude that these brain functions must be quantum.

The duo recognize that a major multidisciplinary effort will be required to confirm their findings, eliminating any possibility of error in the experiment or in its interpretation.

But definitely worth the effort.

“Quantum brain processes may explain why we can still outperform supercomputers when it comes to contingencies, making decisions, or learning something new. Our experiments, conducted just 50 meters from the auditorium where Schrodinger delivered his famous thoughts on life, could shed light on the mysteries biology and consciousness, which is even more difficult to understand scientifically,” Kerskens concluded.