Apple has reclaimed its position as the world’s most valuable brand in 2022, according to Kantar’s BrandZ rankings (Credit: Shutterstock)

What factors lead the company to be among the most valuable brands in the world? The answer to this question depends on a combination of factors, ranging from the revenue a company generates, the amount of sales (and value) it creates worldwide, as well as the image it conveys to consumers, shareholders and other stakeholders.

In general, the most valuable brands are those that operate globally, that is, those that market their products or services in various parts of the world. This universal presence gives a wider dimension to the company’s operations and expands its knowledge among the population of different markets.

Defining the world’s most valuable brands is a job that has already been done by several consulting firms, each with a different methodology and criteria for assessing the value attributed to each of the companies.

Globally, one of the credible companies that conducted this study is Interbrand, an international consulting firm dedicated, for more than 45 years, to assessing the value of brands and measuring their reputation with consumers. The consultancy has been publishing Best Global Brands for 22 years, a list that maps, according to various criteria, the most valuable brands on the planet.

The most valuable brands in the BrandZ ranking

One of the most respected international lists of the most valuable brands is BrandZ, created by Kantar, an international consulting firm dedicated to market research, audience measurement and business insights.

BrandZ’s list of the world’s most valuable brands, which is published every year, ranks the world’s best companies, leaders in their segments and those companies that should attract the attention of the market. 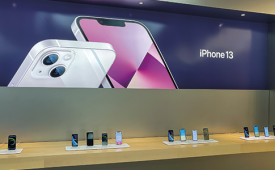 The report has been published for 14 years, and is based on analyses, assessments and research that over the years covered more than 14,000 brands in 51 different markets. This number of companies in the database is large because, in addition to the global ranking, Kantar also prepares BrandZ reports for individual countries.

In this way, in addition to sharing the value of large companies, on a global level, BrandZ also enables the evaluation of the image, value and prestige of brands in different countries, which allows companies to outline specific strategies for each market.

How the world’s most valuable brands are defined 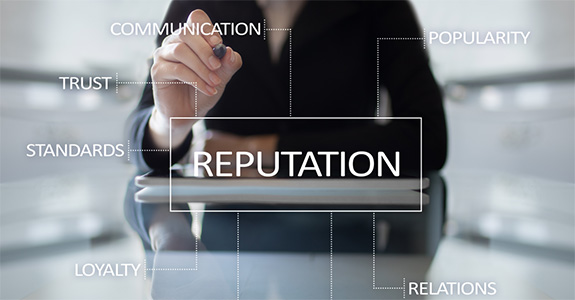 This year, as in previous years, Kantar presented the global version of BrandZ, which analyzes the values ​​of brands and their contribution to the financial success of business.

To get to these rankings, consulting cross-references data on the company’s performance with research on the value and reputation of that brand. to Kantar also takes into account the opinion of consumers about that brand, meaning that, in general, companies with strong and consistent investment in marketing are among the most valuable brands in the world.

In the 2022 ranking, for the first time, all ten of the largest companies ranked as the most valuable in the world have a brand value estimated at more than $100 billion. In the 2021 list, the top nine companies on the list are already valued at more than US$100 billion, but the tenth place is still below that value.

Another important point to note in the BrandZ 2022 rankings prepared by Kantar is that among the 10 most valuable brands in the world, three have lost value compared to the 2021 ranking. Even so, their brand value remains high enough to appear among the most valuable in the planet.

10 most valuable brands in the world

In addition to the list of the world’s most valuable brands, an interesting element of BrandZ is the change of positions between companies from year to year.

For example, the 2022 ranking was marked by the leadership of a company that had been out of the lead for two years, after being overtaken by another giant in the technology segment.

Another thing worth mentioning is the dominance of companies based in the United States in the ranking of the world’s most valuable brands. The first four in the ranking were even companies created on American soil, which reinforces the potential of the largest economy on the planet to create renowned brands.

Below, see which are the 10 most valuable brands in the world according to the BrandZ ranking for 2022:

The biggest novelty of the BrandZ 2022 ranking is precisely the first position. The technology company Apple returned to the first place of the ranking, from which it fell in 2020 and 2021.

In those two years, the company was surpassed by Amazon. However, in 2022, the company, which owns the iPhone and Mcbook, took the lead again. According to Kantar, Apple has distinguished itself with a high degree of differentiation and continuous diversification that includes hardware, software and a portfolio of services.

According to the ranking, the technology company is about to reach an unprecedented record brand value over $1 trillionsomething that should possibly happen on the scale of 2023.

Soon after Apple, the second most valuable company in the world is also in the technology field. Also based in the United States, Google moved up one position in the 2021 BrandZ ranking, reaching a brand value of $819.573 billion.
.
In 2021, the brand share growth of the search giant – which brings together technology services, cloud computing, advertising, satellite mapping, artificial intelligence and others – was the highest on the scale. Last year, BrandZ awarded Google a brand value of $457.998 billion, an increase of 79%.

In the third place of the BrandZ ranking is Amazon, the company that maintained its leadership in the previous two years, in 2020 and 2021, when it overtook Google and Apple.
.
In terms of value, the company that revolutionized retail in the United States, as one of the largest e-commerce companies in the world and one of the main developers of cloud computing services and artificial intelligence, this year had a 3% higher rating than the previous one years.

Despite falling two positions in the ranking of the world’s most valuable brands, Amazon is already among the largest advertisers in the world. In its financial report presented at the beginning of 2022, the company revealed a total investment of US$16.9 billion in advertising in 2021, which represents the largest investment in marketing by a single company on the planet.

Another technology company ranks fourth on BrandZ’s list of the world’s most valuable brands. Microsoft is in fourth place in 2022 with a brand value of $611.460 billion.

Although the ranking position has not changed compared to the previous edition of the list, Microsoft achieved a significant increase in the value of its brand, which amounted to 410.271 billion US dollars.

One of the world’s most respected brands in the field of technology, Microsoft works to develop software, devices and services related to personal computing, productivity and cloud computing solutions.

The first company outside the United States to be among the most valuable in the world is China’s Tencent. Another tech giant, the internet company has businesses and stakes in digital companies in various fields, including the gaming sector.

The company, whose brand is valued at $214.023 billion on BrandZ, owns a large stake in Epic Games, the company that owns League of Legends, one of the most popular games in the world. In addition, he also has shares in Blizzard. Activision, Garena, Riot, Baidu, BlueStacks, Alibaba Groupe and SuperCell.

Despite maintaining its position in the rankings compared to the previous year, Tencent saw a slight decline of 11% in its brand value.

The first food brand to make it to the list of the world’s most valuable brands is McDonald’s, whose value is estimated at 196,536 million dollars.

This chain, which originated in the United States, has seen a year-over-year increase in brand value of 27 percent, climbing three places on the list compared to 2021.

Another American company that appears in the top 10 most valuable global brands, this time in seventh place, is Visa. The company in the financial segment, which operates in several markets around the world, had an estimated brand of $191.032 billion.
.
With this position, Visa advanced by one place compared to last year’s BrandZ. In terms of value, Kantar believes that the Visa brand did not fluctuate from year to year, but remained at a level very similar to that recorded in the previous year.

The social network created by Mark Zuckerberg continues to prove its prestige by appearing in the eighth place of the most valuable brands, with an estimated value of 185.421 billion dollars.
.
This figure, however, is 18% less than what Facebook had in the BrandZ 2021 ranking. Compared to the previous year, the company, which was rebranded as Meta last October, lost 18% of its brand value.

Another Chinese company that appears on the BrandZ list is Alibaba, another company in the digital segment, owner of various businesses in the online environment, from e-commerce to social networks.

Comparing the 2021 ranking with the current one, Alibaba lost two positions and its brand value decreased by 14%. However, the Chinese e-commerce giant still secured its position in the top 10.

Another different presence in the 2022 edition of the BrandZ ranking is Louis Vuitton, the highest-ranked luxury brand in the ranking. According to Kantar, this position reflects the potential of the luxury goods segment worldwide, especially due to the large share that companies in the sector are gaining in China.
.
In addition, Louis Vuitton is the best-ranked European brand, achieving a capital growth of 64 percent. In the 2021 list, the company did not make it into the top 10, but was in the 11th position.