If you are reading this story on a mobile phone or computer, your device’s processor is running at full speed. a small chip containing billions of basic components called transistors, assembled into structures called logic gates.

And the fact that we expect our next device to be faster doesn’t come by accident: it really has to be to meet the demands of new apps and new features.

But it becomes more and more difficult because the number of transistors on each chip cannot be increased indefinitely, not to mention that they heat up more and more and consume the battery faster and faster.

One alternative to this is to replace the electricity that powers the transistor with light: There is nothing faster than light, and photon computing produces virtually no heat, in addition to drastically reducing power consumption.

That is, optical computers, with their processors that use light instead of electricity, are certainly an option to consider, replacing electronic devices with photonic devices and electrical signals with optical signals.

To see where we are on that journey, Shuming Jiao and his colleagues at the University of Science and Technology of South China reviewed the entire field of research and showed the most advanced in a veritable zoo of options presented so far. 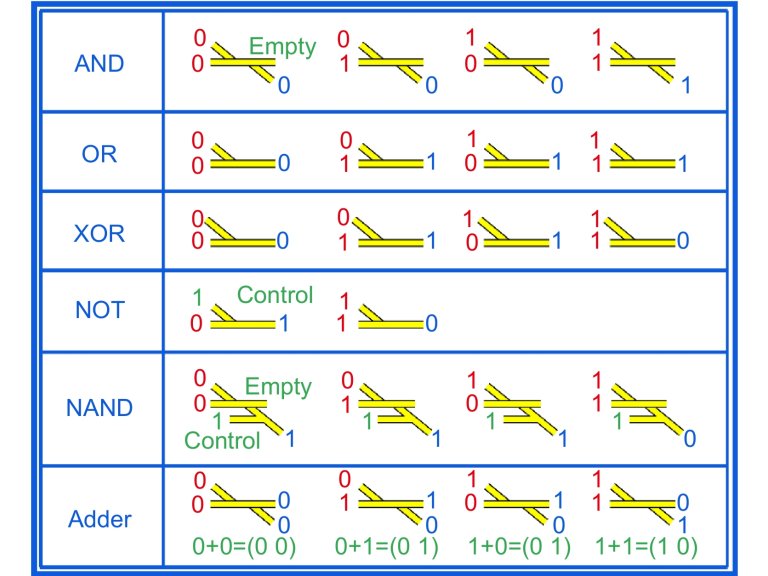 The challenge to make these optical processors viable is to build logic gates that do calculations with light. One of the most promising ways is an optical component called an optical semiconductor amplifier (AOS), which resembles an optical version of an electronic transistor.

AOS allows you to get various nonlinear effects between input and output light signals of different frequencies, which can be used to build mathematical relationships typical of logic gates, such as AND, OR, XOR, etc. In addition, AOS has a four-wave mixing effect : through appropriate settings, two light signals of different frequencies can be used as input to generate a third light frequency as output, and the phase of the output signal is the sum of the phase of the two input signals.

Highly nonlinear optical fibers (HNLF) are another option. It is another type of optical component that has many properties similar to AOS and can also be used in the assembly of optical logic gates. 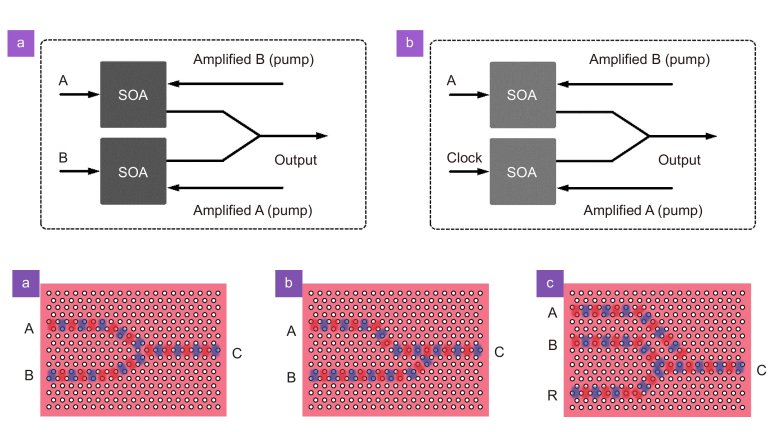 More recently, with the development of integrated photonics and manufacturing technology at the micro and nano scales, it has become possible to build waveguides and other components in an integrated manner within optical chips, enabling the construction of the first miniaturized versions of optical logic gates. – remember that the wavelength of light is huge compared to the size of most modern transistors, something around two orders of magnitude.

In a waveguide, it is easier to adjust the phase, because the length of light propagation can be changed. The light intensity after the interference of these two light waves can be used as the output of a logic gate: Depending on the difference in the amplitude and phase of the input signal, the light intensity after constructive or destructive interference can be equivalent to the value of the output of the logic gate, something comparable to traditional zeros and ones.

The derived thread combines linear waveguides with ring micro waveguides or ring microresonators, which are mounted in a system where light waves can propagate through multiple coupling resonances, such as multiple mechanical gears, to achieve a logic junction type of operation.

As with quantum computing, we still don’t know which of these platforms will ultimately make optical or photonic computers viable.

Shuming Jiao and his colleagues concluded that we are still far from designing and building qualified optical logic gates for practical applications.

In fact, getting the appropriate logic outputs is only the first step. Then it will be necessary to get a series of them to work together, to make circuits with error correction, etc.

And the ultimate need for disruptive innovation cannot be avoided: “Of course, photons and electrons are inherently different, and it is also open to debate whether the ‘bottom-up’ computer structure of the electronic world, built from unique logic gates, is still applicable in to the photonic world. Optical logic gate research still has a lot of room for further research and development in the future,” concluded Shuming Jiao and his colleagues.