In order to know if your processor is burnt out, you need to pay attention to some signs and behaviors that indicate this type of problem. Since many people do not know exactly what these signs are, today we will present you an article with all the necessary information to know if your computer’s processor has burned out or not.

Check out our tips and if you have any other information that might be useful on this topic, don’t forget to leave it in the comments!

The computer turns on and off at the same time: what could it be?
The GPU fan is not spinning, what should I do???

What is a computer processor?

A processor, also known as a CPU, is a fundamental part of a computer’s proper functioning. That is, if there is a problem with the processor, the computer will not work. In direct translation, CPU means “central processing unit”, so the processor is like the brain of the computer.

It creates the necessary connections and interactions between other components in order for them to work properly. In addition, it is also responsible for understanding the information sent by the programs on the devices, allowing them to work correctly.

They fit on the motherboard and there are several different models with different capacities, making them more powerful and powerful, able to handle heavier programs like games, for example.

What can cause processor problems? 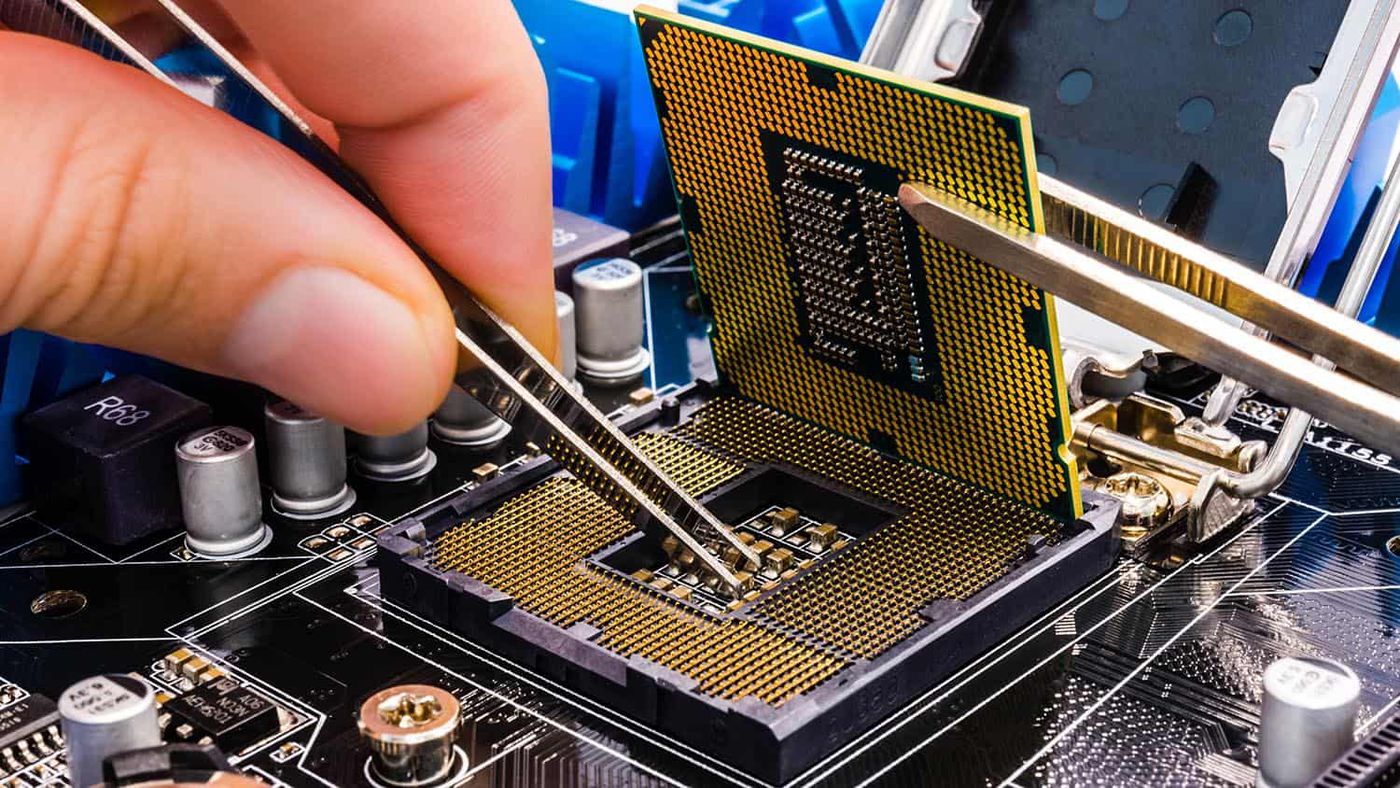 One of the biggest problems with a processor is when it burns out, although it can be damaged for other reasons as well. One of them is yours lifetime. Like any component, the processor has a lifespan during which it will work properly, but over time it wears out and this can cause damage and even permanent failure.

This time is usually around 5 years. Of course it’s not a rule, the processor can last more than 5 years without problems, but if yours is older than 5 years and has some fault, that could be the cause.

Another common problem that can affect the processor is overheat, so if you do heavy work on your computer like editing or more powerful games, you must have a good internal cooling system, like quality coolers. This is because usually when running these programs, the computer heats up too much, and this can damage not only the processor, but also other parts.

Another thing that can burn or damage the processor is the so-called overclocking, which is when the user configures the CPU to run faster than the default clock. This can overload the component and cause damage.

Finally, being an electronic component, the processor is also susceptible to damage due to power overload, either due to high voltage surges or even in case of lightning. The advice is to use a stabilizer, which already greatly reduces this risk. 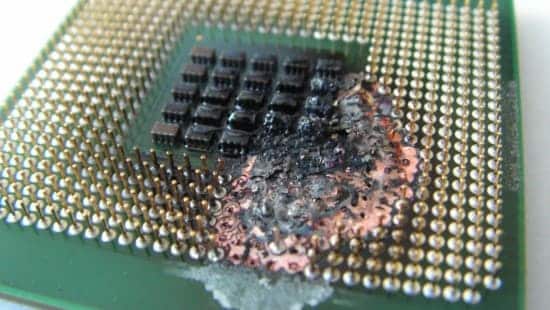 To begin identifying a problem with your processor, you need to look out for some early symptoms. This is because the CPU often doesn’t burn overnight.

These are signs that are impossible to ignore because the computer will still not work properly. First, if there are problems when connecting. If you turn on the computer, you can hear it turning on, the refrigerator is working, but the operating system does not loadthis is a sign of a problem with the processor.

It can also happen that he calls, but turn it off immediately. Or, if the operating system loads, the screen freezes shortly after. Finally, always be on the lookout if the familiar “blue screen of death” appears in Windows, it could be a sign.

In these mentioned cases, it is possible that the problem is also in other components, not necessarily in the processor, so it is necessary to do some tests to determine whether the problem is really in it or not.

Identifying whether the problem may be in other components

If your computer is showing some of the above symptoms, you need to do some tests to make sure that the problem is really with the processor or not. These are relatively simple tests to perform and you don’t need to be a professional in the field to do them.

Make sure the lines appear on the screen

When you turn on the computer, if several lines of white text appear, this may be a sign that the problem is not with the processor. This is because it means that the operating system is loading correctly, which is the function of the processor, so it is performing its function and the problem could be in another component.

Pay attention to the sound signals of the motherboard

For those who constantly turn on the computer, they already know by heart the exact sound signals from the motherboard when the device is working normally, so they immediately recognize if something is wrong. Even those who do not have this idea, if the computer displays an error, they can try to hear these beeps that indicate the type of problem encountered.

Check out what some of these beeps mean:

See the processor up close

People who already have experience with computers can still try to open the computer to physically look at the motherboard for some kind of malfunction. To do this, the computer must be completely turned off, including unplugged power cables. In case of laptops, you have to remove the battery.

By looking at the motherboard and CPU, you can see if there is physical damage to the part or even see if there is a problem with the connection between the power cable and the RAM, plug them back in and test again.

The processor burned out, what now?

Unfortunately, in case of more permanent damage, for example if a part burns out, it should be replaced immediately. Both so you can get back to normal use of your computer and prevent it from causing damage to other components.

For those who have experience with it, it is possible to buy and make this replacement at home, but for those who do not, it is ideal to take it to technical assistance, if possible from the manufacturer itself for more warranty. In this way, people who are professionals will carry out this exchange correctly and validly.