Suggestions were made by Camilo Stefanelli, responsible for Compaq in Brazil and serve individuals and companies that do not yet have SSD machines and can improve the performance and lifespan of their equipment,

Time is money, as Benjamin Franklin said in 1748, or are time and money different wealth and is that saying a big lie, as some economists defend themselves today? Controversies aside, the fact is that time is very precious and everyone wants to use it to sleep more, walk more, study more and, why not, work more. Anyone with a Compaq computer with an SSD is already ahead in this race against the clock. Machines like the Compaq Presario 450 Intel® Cote™ i5, for example, don’t crash and guarantee fast startup, frequent causes of slowdowns and user complaints, and damage to businesses that lose productivity.

For those still not using SSD machines, Camilo Stefanelli, responsible for Compaq in Brazil, guarantees that small practices can help reduce boot times, provide greater efficiency and speed in other tasks, and extend the life of the equipment. “The first step is to have a quality machine and adhere to the manufacturer’s recommendations, because some operations can only be performed by expert technicians. But there are simple actions that can make your Compaq experience even more enjoyable and long-lasting.”

For greater agility when turning on the computer, an important tip is to remove the automatic start of unnecessary programs – even when you install them, when there is usually a default option to include them in the list of applications that start this way. To avoid this mishap, the user just needs to go to the “Program Run” guide and leave only the essentials activated, such as antivirus, video driver, and some other software that he/she considers absolutely necessary.

As for the antivirus, Camilo also emphasizes the importance of keeping it up-to-date. “Antivirus is an important tool in the fight against malware and spyware, which is responsible for system startup delays. So by keeping your antivirus up to date, the tendency is that these unwanted programs don’t take up space or interfere with startup”.

In general, it is recommended that every computer has at least 4 GB of RAM so that data can be processed at a good speed. If the machine has difficulty running more than one program at the same time or even takes a long time to initialize, the advice is to check this capacity and, if necessary, invest in this component.

For routine, traditional use, 4 GB of RAM is usually sufficient. With this configuration, the user should have no problems, for example, browsing the Internet, watching videos and accessing their social networks. However, if your computer is having difficulty running certain applications – especially heavy ones – it may be time to seek out a specialist who can recommend and install more RAM”.

Many computers still use HDD as a storage location, but this technology has many limitations, especially in terms of data speed and security. On the other hand, SSDs – which, in addition to storing data, also help with data processing – can be considered one of the best ways to improve machine performance and increase system speed without having to invest in a new computer. This component is probably the one that will best solve Windows startup bottlenecks and crashes, especially if the operating system is installed on it.

“Users who want to improve their computer’s boot speed should definitely consider installing a solid state drive (SSD), which is very easy to make and significantly improves the overall performance of the machines. For those looking for a new machine, it’s even better to buy one that already comes with this component, like Compaq laptops”.

Although simple, in this case Camilo suggests that the installation be done by a reliable specialist who is already used to performing this type of service. “An SSD with a storage capacity of 120GB should be enough to bring big performance gains. Users who need a lot of space to archive their data can also look for larger options, up to 1TB.”

It is very common to find a number of “miracle” procedures on the Internet that promise a complete change in machine performance. However, in addition to often not being as effective, they can compromise the overall performance of the machine if they are not performed by users with good IT knowledge.

“Configuring a static IP address, for example, is not the most successful procedure for the average user, as in some cases it may conflict with another static IP address on the home network. Removing unused hardware is another action that doesn’t provide much benefit during boot time, but carries a moderate risk of causing problems and even damaging the system if done incorrectly. I don’t recommend it,” points out Camilo.

The person responsible for Compaq also emphasizes that attempts to configure the BIOS, if not performed correctly by persons qualified for such a task, can even render the computer’s motherboard unusable.

A fan of Japanese games, he was responsible for the defeat of Weapons of Final Fantasy VII that would sink the Island of the Queen of Death, known as Florianópolis. He still regrets it to this day. 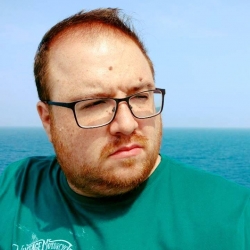