In the last 30 years, physicists, doctors, biologists and other experts in the hard sciences have joined the list of bestsellers around the world. Two names, published in Brazil, stood out in particular: physicist and mathematician Freeman Dyson (1923-2020) and ethologist, evolutionary biologist and writer Richard Dawkins (1941).

The first left behind brilliant books in which he explains phenomena such as the creation of the universe, life outside the Earth and black holes in an absolutely fascinating way. One of his most famous works is “Imagined Worlds”, in which he presents a vision of the future that arouses a permanent ethical reflection: will humanity know how to proceed without harming itself?

Dawkins, who terrified the world with his supposed atheism in the book “The God Delusion”, based on a scientific text, also followed the same path of easily explaining what only experts know. Both created Brazilian students, such as the physicist Marcel Gleiser. His works – and columns in newspapers and magazines – encourage an editorial order called “scientific dissemination”.

In this direction of science, which is accessible to all, the publishing house Zahar launches the physicist Rafael Chaves with the work “Quantum uncertainty – the mysteries of a theory and the new information age”. Chaves, by the way, notes that the classics of scientific popularization are responsible for this — “books like those by George Gamow, Richard Dawkins, Marcel Gleiser, Ronald Mourão and documentaries like those by Carl Sagan, Jacques Cousteau and David. Attenborough — that my interest in science blossomed”.

He offers a clear explanation of the most successful theory in physics, quantum, from its history, fundamental concepts and how it has changed the way we see the future.

In general, quantum physics is also known as quantum mechanics and is a large field of study devoted to the analysis and description of the behavior of physical systems of reduced dimensions, close to the sizes of molecules, atoms and subatomic particles.

His concepts emerged more than 100 years ago and have been used to explain everything from the fundamental constituents of matter that led humanity to the digital age of the Internet, computers and cell phones, to astrophysical and cosmological phenomena.

Its foundations have always been used to fuel the technological revolution that the world has been going through for the last 40 years, mainly in the making of processors. Its proponents claim that no other has been as accurate in predicting the results of experiments.

So much so that it has led to what is now called the second quantum revolution, the effects of which can be used to process, store, encrypt and transmit information. This is done in a secure manner, to the point of preventing hackers from breaking in for billions of years. Chaves highlights the main events of his scientific evolution over a century, that is, his most unusual discoveries.

The effects of the second quantum revolution can be used to process, store, encrypt and transmit information

He is considered a leading scientist and “quantum information hacker”, as he defines himself, he is the head of research at the International Institute of Physics at UFRN. By the way, his life began to change in contact with technology at the age of six, when he received an Atari 2600 video game that his father gave him after winning the animal game.

“And, despite not having a computer, I read everything about the subject in the magazines that existed at the time, I knew all the commands, shortcuts, new programs and their latest updates”.

It came as no surprise, he says, when he started a technical course in industrial computing “at an age when pimples were barely starting to pop on my teenage face.” As an adult, he became a researcher at the Institute of Photonic Sciences in Barcelona and at the universities of Freiburg and Cologne, where he pioneered the study of quantum causality.

A recipient of a scholarship from the Serrapilheiro Institute, an associate member of the Brazilian Academy of Sciences, he was selected as an “Outstanding Referee” by the American Physical Society in 2020 and listed among the most influential researchers in the world in 2019.

A physicist deals with questions such as whether an electron can be in two places at the same time, when uncertainty becomes the rule and saves evolution from micro to macro

In addition to clarity, he properly explains the topic, based on the support of notable authors – listed above. The physicist deals with questions such as whether an electron can be in two places at the same time, when uncertainty becomes the rule, saves the evolution from micro to macro, quantum technologies, quantum piracy, quantum internet, quantum computer and finally he says that the future is quantum .

Then comes an interesting chronology, the starting point of which is 1800, the year in which William Herschel discovered the infrared part of the light spectrum. The work ends with an indispensable glossary of the most used terms.

In his conclusions, Chaves states that in various disciplines, increasingly advanced, he learned their mathematical details, how quantum physics can be used to explain the chemical properties of the elements of the periodic table, different types of magnetism, the interaction between light and matter.

According to him, no other theory was able to predict the results of the experiments so precisely and, in some cases, with more than ten digits of accuracy.

According to Chaves, no other theory has been able to predict the results of experiments so precisely and, in some cases, to more than ten digits of accuracy.

Yet strangely, he continues, the mathematics for understanding the basics of the theory was not that complicated. Something that every student of exact sciences learns in the first year of university, he writes.

What excites the most about the topic are the possibilities of getting to know the universe better and how much it awakens the imagination. “What these stories show us is that somewhere in the Universe new and even more incredible ways of processing information may be available. Should we expand Deutsch’s thesis and propose a gravitational-quantum computer?”, he asks.

“Can black holes themselves be used to solve computational problems even faster than quantum computers? What about so-called wormholes or space folds?” And here we are, thinking. 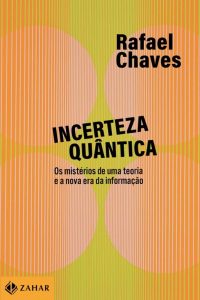