Tickets to watch the premiereavatar” are now available at the exhibitors’ physical and digital cash desks. On September 22, one of the most impressive and influential films of recent times returns to cinemas. “Avatar,” James Cameron’s 2009 epic adventure that won three Academy Awards®, returns to the big screen in stunning 3D, inviting audiences to revisit Planet Pandora in the year 2154 and relive one man’s fight to save an alien moon which he learns to call Home.

James Cameron introduced viewers to a universe they had never seen before, and “Avatar” quickly became a unique cultural phenomenon, impressing audiences and critics alike. The film set a new standard for the cinematic experience, combining staging, captivating characters and technological innovation in the service of a comprehensive and emotional story. Thirteen years later, the film continues to surprise and inspire fans of all ages. 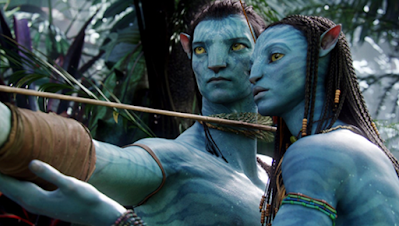 THE STORY OF “AVATAR”

Written and directed by Cameron, the film follows Jake Sully (Sam Worthington), a wheelchair-bound ex-Marine who is recruited to travel light-years across space to a human outpost on Pandora, where a corporate consortium is mining an exotic mineral that is the key to solving Earth’s problems. energy crisis. Since Pandora’s atmosphere is toxic, they created the Avatar program, in which human “drivers” linked their consciousness to an avatar, a remote-controlled biological body that could survive in the deadly air.

Reborn as an avatar, Jake can walk again and is tasked with infiltrating the natives of Pandora, the Na’vi, who have become a major obstacle in the extraction of the precious mineral. But after a Na’vi, Neytiri (Zoe Saldaña), saves Jake’s life, everything changes. Jake is taken in by his clan and learns how to become one of them. As Jake’s relationship with his reluctant teacher Neytiri deepens, he learns to respect the Na’vi style and eventually takes his place in the native tribe. Soon, events bring him into a clash of civilizations, and Jake faces his greatest test as he fights a monumental battle that will decide the fate of the entire world. 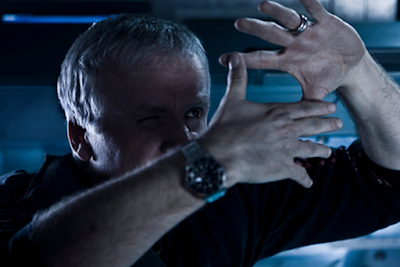 AN IDEA IS BORN

The first sketches of AVATAR were in the form of Cameron’s hand in 1994, but the origin of the story goes back to the director’s childhood. “I dreamed of creating a film like this, set in another world of great danger and beauty, since childhood, when I read a lot of science fiction and comics and stayed, in math class, drawing creatures and aliens hidden behind the book. With AVATAR, I finally got my chance,” says Cameron.

When the director began envisioning the project in the mid-1990s, the technology needed to implement it was not yet available. Cameron put the proposal on hold until he began intensive work on it in 2005.

AVATAR took four years to produce, making the film Cameron’s most challenging project to date. The director presented his masterpiece on December 18, 2009 in 3,452 theaters in North America, with another 17,222 worldwide. Upon its debut, AVATAR became the highest grossing film of all time, grossing over $2.8 billion worldwide. The feature film received a total of new Oscar® nominations, including Best Director and Best Picture, and received prestigious statuettes in the Best Cinematography, Best Production Design and Best Visual Effects categories. 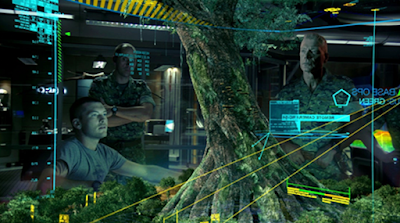 REVOLUTIONARY TECHNOLOGY IN THE SERVICE OF HISTORY

The technological innovations associated with the process of creating “Avatar” are a key element of his legacy.

Wishing to differentiate himself from the cinematic tradition that preceded him, Cameron refused to use make-up effects to bring the inhabitants of Pandora to life. The director warned that the creation of characters using computers opened up a universe of immense possibilities, allowing, among other things, to change the proportions of facial features, modify silhouettes and enrich skin tones.

However, in 2005, there were concerns that computer-generated characters might not look real. Therefore, Cameron’s team sought to go far beyond previous efforts to ensure the full reality of the characters. To achieve this, they developed a new image-based facial performance recording system, using a camera attached to the actor’s head to accurately capture even the smallest nuances of facial performance. Most importantly, the camera recorded eye movements, which previous systems did not.

To achieve a fully realistic interpretation of the characters, he joined forces with director Peter Jackson’s award-winning New Zealand visual effects studio, WETA Digital. From the beginning, it was critical to Cameron that every detail of the actors’ performances be preserved in the final CGI characters that appeared on screen. For WETA, this involved ensuring very precise data was recorded at the time the scenes were shot, and also required a year of work by the animation team to create the technology to allow the computer-generated characters to feel emotions. just like the actors whose performance they mirrored.

Another innovation created specifically for “Avatar” was the virtual camera, which allowed Cameron to film scenes within his computer-generated world, as if he were filming in a Hollywood studio. Every plant, every tree, every stone in the world of “Avatar” was created and rendered on WETA Digital’s computers. Significant advances in lighting, shading and rendering have allowed WETA to create a photorealistic world with strange details that look completely natural.

The “Avatar Phenomenon” reached a new milestone in the summer of 2007, when Pandora – The World of Avatar opened its doors in Animal Kingdom Park at the Walt Disney World Resort. The area, one of the most popular in the park, includes three attractions, restaurants, shops and more experiences inspired by the movie universe. Pandora – the world of Avatar immerses guests in a mystical world of floating mountains and bioluminescent rainforests that extend the adventure from day to night.

“I never thought I would live to see the day when the Pandora I envisioned would become a physical reality. Working with Disney to bring this world to life was an incredible experience, and the result is something I think everyone will love. It really feels like you’re stepping into a dream,” Cameron said in the days leading up to the grand opening.

“Avatar” will be shown again in theaters on September 22nd in stunning 3D resolution. Advance ticket sales are now available at the cinema’s physical and digital ticket offices.