The team is already working on prototypes, but needs to bring the process in line with industry standards.
[Imagem: University of Twente]

The European Union’s science and technology branch has approved a project to move a new combination of semiconductors from the lab to the factory that promise to bridge the gap between electronics and photonics, computing with light.

Although silicon and germanium are the best-known individual semiconductors, in 2020 a team from the University of Eindhoven in the Netherlands created a hexagonal silicon-germanium alloy – instead of the traditional cubic shape of these crystals – which for the first time made it possible to think of things like a silicon laser.

But it seems that the impact of the discovery is much stronger than the researchers themselves initially estimated.

Thanks to silicon technology, which we know well from today’s electronic devices, quantum devices can be better protected from the influence of the outside world. Another advantage is that they can be scaled to larger systems.

This will be the focus of the OnChips project, a benchmark for the integration of quantum computing on a chip, now launched by the European Union to make these possibilities a reality.

Predicting the best manufacturing technology for quantum computers is not easy: all approaches have their advantages and disadvantages.

Some of the quantum bits are quite large, require extreme cooling, and are very sensitive to the environment, greatly reducing the time frame for exploiting their specific quantum properties. Other qubits are more robust and less sensitive to noise, but cannot easily scale to hundreds or even thousands.

What everyone would like is to take advantage of the industrial-grade and highly standardized processes used for semiconductor electronic (CMOS) processors and move to producing qubits instead of bits.

And this has become a real possibility with the newly invented combination of silicon and germanium, which combines many advantages of electronics and photonics on a single chip. 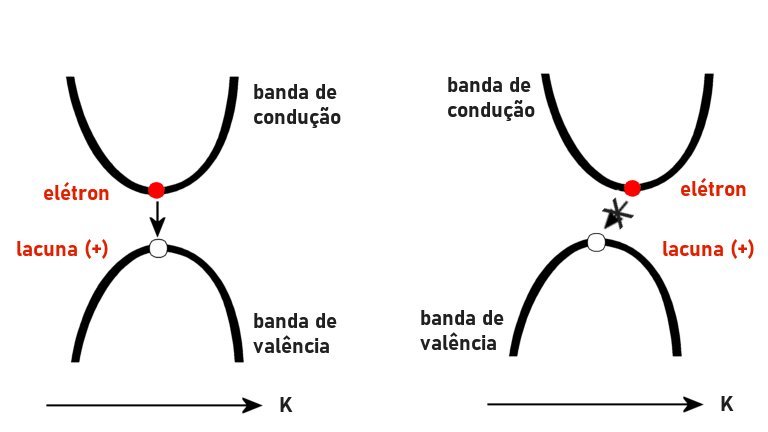 The hexagonal silicon-germanium structure has one major advantage: it allows silicon to emit and absorb light.

An electron can directly cross the barrier between two energy levels, releasing a photon in the process. Silicon itself does not have a direct “crossing” because their energy levels are not directly above each other, so silicon itself is not a good light source.

But what silicon cannot do alone, the combination of silicon and germanium can because it represents exactly this “direct band gap”. In this way, photons can be coupled with electrons, which owe their quantum quality to their spin, the direction in which they spin around their axis.

This opens up entirely new possibilities, for example, combining far superior photon (light) transport properties with the local computing power of electrons. And all this on the same CMOS electronic chip. 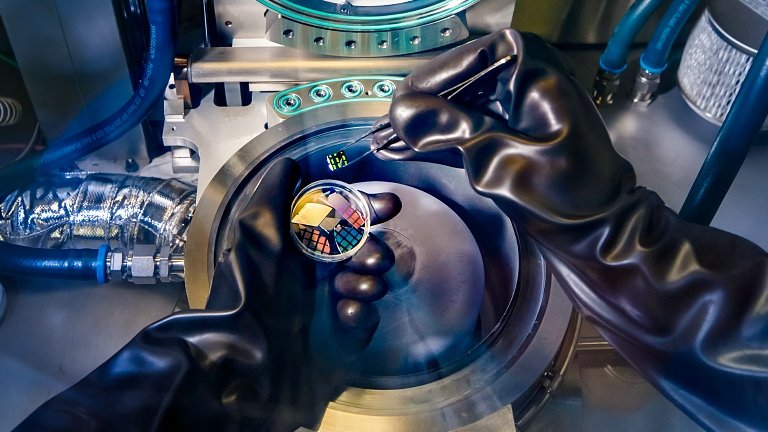 From the laboratory to the factory

This “best of both worlds” approach can lead to exciting new perspectives in quantum computing and countless other fields.

To give just one more example, the same technology can be used to raise the level of current electronics, making it elevated to spintronics, enabling magnetism-based computing, which uses much less energy.

But the OnChips project was launched because there are still challenges to overcome. One is that making the hexagonal SiGe structure should be done more easily than the team did in the lab.

“None of our ideas have ever been realized in the way we proposed. Our goal is to understand more about the best conditions for crystal growth. In addition, we need to create the first spin qubits and design the interfaces between those spin qubits and photons. The fundamental key lies in understanding structures of silicon-germium crystals,” said Professor Floris Zwanenburg of the University of Twente, who will lead the project.

the return of germanium

Historically speaking, it is interesting that germanium could be the key to new paths in quantum computing.

After all, the first transistor, invented in 1947, was made of germanium. But the first integrated circuits, in the 1960s, already used silicon, which became the basis for the miniaturization that enabled our laptops and mobile phones.

But in other advanced materials, such as germanium, germanium makes a comeback. In 2020, part of the group that now forms the OnChips project showed that germanium transistors work like qubits for quantum computers.