The search for balance will be a constant in the coming decades. Florianópolis was already on the path of sustainability, ecology, conscious eating and spiritual and physical practices.

There is a noticeable number of shops, warehouses, restaurants and spaces dedicated to health and well-being. The field of healthy eating is a very strong niche. Research conducted in 2020 by the consulting firm Equilibrium and published in Veja Saúde magazine shows that interest in veganism has increased by 981% in the last 8 years.

“It’s a huge growth that has changed the way we see the food industry,” explained Marques. The expert revealed that the trends point not only to veganism, but also to the consumption of healthy, differentiated, artisanal products without toxins and preservatives.

“The market for organic products or products adapted to dietary restrictions has grown exponentially in recent years, and large companies have adapted their offer to this segment. It is now a booming market, and considering the health problem highlighted by COVID-19, this trend is not expected to slow down in the short term,” says psychologist Narbal Silva.

Effects of the virtual world on future consumption

No return. Not even to choose. The present and the future of the world are technological. And it’s so real that most young people feel more comfortable interacting with people through virtuality.

And this decision seems quite logical after two years of social distancing caused by the pandemic, in which the whole world had the ability to communicate only through digital platforms.

In the midst of the epidemic, the number of Internet users increased. A CGIBR (Brazilian Internet Management Committee) survey conducted at the end of last year showed that the country has 152 million Internet users, which corresponds to 81% of the population.

The research showed for the first time that the share of households with access to the network in the country (83%) is higher than the number of users (81%). The fact is that in the coming decades there will be new ways of connecting and relating, which will simplify people’s lives in terms of facilitating communication and distance reduction.

Another trend of life in the virtual world is the metaverse – a technology in which Mark Zuckerberg, the creator of Facebook, one of the most used social networks in the world, has invested heavily. The metaverse replicates reality in virtual worlds, where people communicate through avatars and glasses in a new challenge that will be quite natural for the next generations, who will be born in this new reality.

“It’s the next frontier for connecting people, like social networks were when we started,” summarizes Zuckerberg, assuring that in the next ten years the metaverse will be fully ready, with people living in this parallel world. The idea is that people can do everything they need without moving.

You will be able to go to the supermarket, walk through it and choose products in the comfort of your home, and still get your shopping done quickly.

For its part, the Veritá brand, born in 2016, offering healthy sweet and savory products from high-quality raw materials, gluten-free and lactose-free, is also expanding.

There are currently three units in Florianópolis, one store in Joinville, one store in Porto Alegre, one unit in Curitiba and the opening of a new unit in São Paulo has already been announced. One of the partners of the brand, Daniel Feroldi, believes that the vegan fad has passed and is now at the level of lifestyle and necessity.

Feroldi describes Santa Catarina’s consumers as loyal and constant, and this is reflected in sales, as Florianópolis represents 60% of their total number. Both brands meet the highest demands of today’s consumers, which are practical and high-quality products that meet the various needs of including food, good taste and good durability.

They know that the biggest challenges are to grow without losing quality, maintain effective customer contact and always innovate in the health food market. The future requires better choices, more aware people and prioritization of daily tasks. The table is set with many options and all experts agree that the secret to living and enjoying life is to embrace the best of each world and maintain a balance. 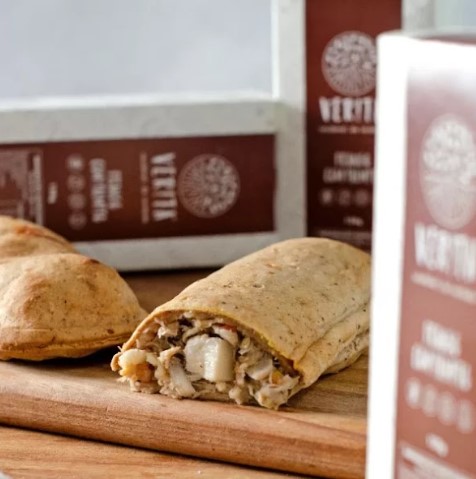 Nothing will ensure human development

The robot is made to interact in the same rooms where the workers work. Despite all this, the company assures that robotic technology will not replace human work.

Psychologist Narbal Silva, who graduated from UFSC (Federal University of Santa Catarina) and post-doctorate in positive psychology in organizations, at work and in other areas of life, is explicit in his statement that technology will not replace people or prevent physical contact from existing. “Feelings and emotions cannot be replicated by machines,” he emphasizes.

And precisely speaking of the two worlds that are already part of everyday life (physical and virtual), Florianópolis is driven by technology in the field of games, which generates annual revenues of over R$ 19 billion.

“The island has traditionally had its economy based on tourism and the state apparatus, given its status as the capital of the state. Despite this scenario, there has been an exponential growth of the technology market in the city in recent years. Today, there are around 1,000 companies in the area, which creates a large market for high value-added businesses,” notes Thiago Marques, professor of marketing at FGV (Fundação Getúlio Vargas) and director of marketing and customer experience.

Proof of this is the holding of the largest gaming event in the south of the country, Stun Game Festival, on July 16 and 17 this year in Jurerê Internacional, which gathered more than 1,500 fans.

Marketing strategist and festival creator Thaynan Mariano says that the gaming market is the biggest market in the world, much more than music, film and television. Mariano took his position on the role he plays in the festival, to warn his consumers to balance interests.

For this reason, in this latest edition, topics related to the mental health of players and relationships with mothers and fathers have been discussed, in order to guide and follow them in a healthy way.

A reflection of this healthy market in Florianópolis is the emergence of brands such as Novah and Veritá, both local, which are experiencing absolute growth in the region. Novah is four years old.

She brought innovation, she offered cheese and vegan desserts made of cashews. It currently distributes its products in more than 40 cities between South and Southeast Brazil, especially in the metropolitan regions. 70% of sales are made in São Paulo and Santa Catarina.

The owner of Novah, businesswoman Lisiane Oliveira, has seen a very interesting growth in the last year, and not only with the so-called vegan market.

“People are more aware of their allergies and intolerances, perhaps they have a better diagnosis and take better care of themselves, they avoid poisoning themselves with food that is not good for them. So, here I would not only talk about the vegan market itself, but about the market of conscious nutrition”, she comments.