TTechnological transformations also affect the ways of attracting consumers. How will advertising progress in the coming years?

Between 2019 and 2020, the number of brand advertisements on social networks increased by more than 50%, according to a study by Socialbakers, an American company specializing in social media analytics.

The increase, in the midst of a pandemic that has already changed behavior patterns in almost all sectors of society, is a reflection of a trend that will be stronger in the coming years.

Advertising within digital platforms is a reality that seems to have no return and tends only to grow. In a scenario where a huge part of the population is online and browsing social networks for several hours a day is an increasingly effective way to attract new consumers.

The professor of administration at Udesco (University of the State of Santa Catarina), Rafael Tezza, repeats that the trend in the coming years is for the consumer to be more and more immersed in the processes of creating products and services. “Companies strive to create a customer-driven value base. It’s something that technology, social media and the whole issue of interactivity and connectivity that e-commerce has brought, is forcing companies to put the consumer more and more at the center of their creations.”

Tezza also mentions other tricks for attracting consumers in new media, such as influencers. “They sold a lot and influenced consumption, creating a new generation of consumers, who eventually have the characteristic of seeking to see themselves in the products,” adds the professor.

Social media as a marketing and sales channel

Spending isn’t just driven by promoting brands and services or using digital influencers. Path means the direct use of buying and selling through social networks.

Research shows that today platforms like Instagram already enable sales via the app. “The social network was an excellent sales channel. Not only marketing, but also direct sales,” Tezza points out.

According to the professor, this enables the training of more demanding consumers for the future. “Consumers have more and more information, with regard to social networks, but also YouTube, which in a certain way give consumers a lot of voice, so that they can make statements about products. That way, other consumers can access that information, becoming much more demanding, which is why companies have to pay a little more attention to the consumers themselves,” he says.

“Nothing better than creativity”: the future is still tied to human contact

Even with technological progress and the increasing inclusion of means of consumption in the virtual world, publicist, doctor of pedagogy and professor at Univali (Universidade do Vale do Itajaí), André Vailati, emphasizes the importance of strategies and creativity in attracting and serving consumers in the future.

According to him, technology has shown its great difference in the period of pandemic restrictions, opened up and accelerated trends in all scenarios. In addition, new possibilities for interacting with consumers, such as the metaverse, are opening doors and challenging companies to meet the demands of the consumer of the future. The expert points out that the use of data and market research will become fundamental to understanding the desires of these much more demanding customers. 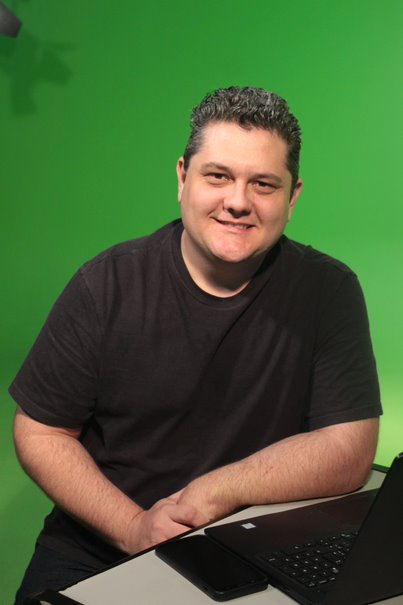 The future is increasingly moving towards virtual consumption. What has already changed, and what should still be changed in the relationship between stores and brands in order to attract customers?

The younger generation did not live with analog. Digital was born. Young people under the age of 18 today do not know what life is like without the Internet. Despite this, the buying process is carried out by people, and nothing better than creativity to make the relationship with consumers last longer.

And not necessarily in a virtual environment. Physical stores end up complementing the digital experience and vice versa. With the help of digital influencers and the convergence of sales channels in the virtual and physical environment, the so-called omnichannel, brands are starting to offer more targeted and meaningful experiences. In this context, the personalization of the purchase journey promises a big marketing difference.

From an advertising standpoint, what are the main differences between the forms of consumption and behavior we know for what’s to come?

Especially at the height of the pandemic, technology has shown its diversity in the consumption process. With the ever-increasing use of applications in all segments, the ‘Internet of Things’, i.e. expanding the functionality of devices via an Internet connection, will strongly change the way we use products and services.

Voice-controlled devices already control household appliances, vacuum cleaners autonomously clean the environment, and drones are starting to reduce delivery times in several regions. Along with virtual and augmented reality, artificial intelligence will be a great ally in new shopping experiences, helping brands adapt the process. But technology alone does not define behavior.

In parallel with technological innovations, the need for increasingly sustainable development has encouraged other forms of consumption, such as resale or the second-hand market. Therefore, the circular economy, sustainability and technology should be strategic pillars in the coming years.

We are already living in an open expansion of advertising, with brands exposed in previously unexplored places. Is the tendency for advertising to reach levels we have not yet imagined?

Meeting the diverse needs of consumers has always been a major challenge for corporations. By expanding the possibilities in a virtual environment, like the metaverse, brands have to analyze new possibilities of interaction with consumers, in order not to lose the connection with them.

The problem is: who is fully capable of performing in a new and unexplored environment? Here, a full-store model, where a company outsources most of its network operations, can be a good alternative.

Since the skills needed in an increasingly pluralistic market are many, hiring specialists in different fields should replace a more general point of view. As decisions are based on market movements, research and monitoring will also be increasingly valued areas.