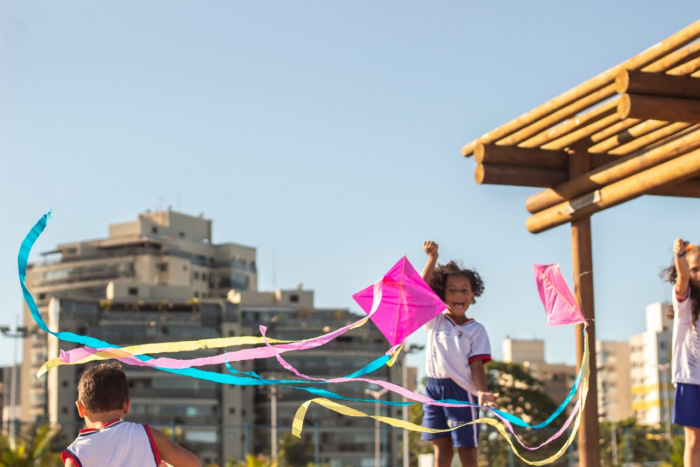 And through play, children discover the world, communicate and develop motor and cognitive abilities. With this in mind, physical education teachers Dayselane Bianchini, Débora Lopes and Fabiana Rodrigues developed the project “Fire, earth, water and air: elements of nature that encourage the nature of play”, with children from the Municipal Center for Early Education. (hmm) Reinaldo Ridolfi, located in Maria Ortiz.

The element “air” was the first chosen to start the experiences of the project. On the topic of “Toys in the Air”, workshops were held with groups that resulted in the creation of toys such as paper airplanes, balls, kites, rockets and parachutes made of plastic bags. In addition, the children also experienced games in the air such as volleyball with balls and balloons, balloon games and games with soap bubbles.

These toys, games and interactions provide children with different bodily experiences, such as running, jumping, spinning and throwing, developing their own relationship with movement culture and experiencing its different senses and meanings. In this way, they elaborate, recreate and invent their own expressions and actions of movement.

In order to make the experience even more attractive and to use the public spaces of the city of Vitoria, the teachers took the classes on a pedagogical walk along Camburi beach so that they could fly the kites made in the workshops. In a playful way, the children saw that wind is air in motion, and that it is an indispensable element in this game.

“When we think about physical education in early childhood education, a range of pedagogical possibilities opens up with regard to experiences of body movement and our challenge, as teachers, is to enter into research and inventiveness to propose experiences that give meaning and redefine themes of relevance for children’s cultures in order to appropriate and produce meaning for children. So we can report that the walk on the beach to fly the kites was a powerful experiment, rich in senses, meanings, playfulness and magic,” said teacher Dayselane.

At another moment, the teachers planned a game called “Falsa Baiana”, in which each child could try to walk on a hanging rope, connected from one tree to another in Cmei, leaning with their hands on the top rope. The goal was for the little ones to find the balance of their own bodies so that they could move from one side to the other.

“Although some of them were scared when they noticed that their bodies were relaxing, they all managed to balance themselves, overcome the feeling of insecurity, and carry out the proposal with interest and enthusiasm,” said the teacher.

In addition, another project activity further delighted and entertained the little ones. This time, the teachers gave the children the experience of going down the zip line, which was installed inside the teaching unit itself. Helysson Almeida, from group 6, spoke excitedly about the activity. “I liked it because I went up and then came down very quickly. When I was up, I even took a leaf from the tree,” he said.

Pedagogue Maria Aparecida Santos reiterates the importance of these experiences in early education. “These activities reflect the essence and need of children to express themselves in the physical space of the Cmei, a space that those who inhabit it should permanently practice, live and transform. They are components of the curriculum of early education and education and permeate the specificity of the work of Physical Education, a context that should permanently be creativity, participation and innovation with children”, he said. 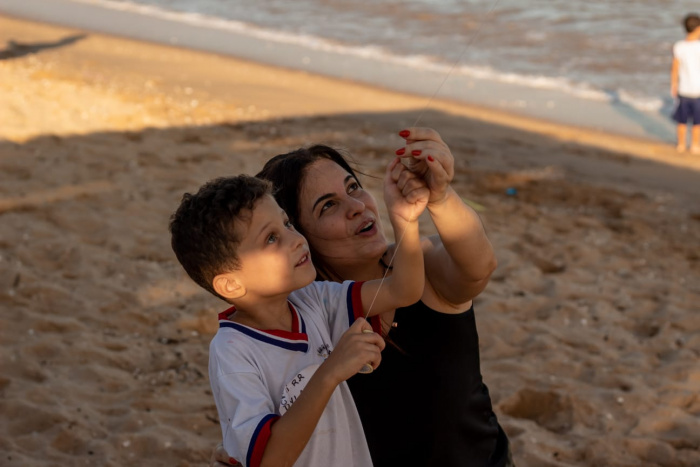